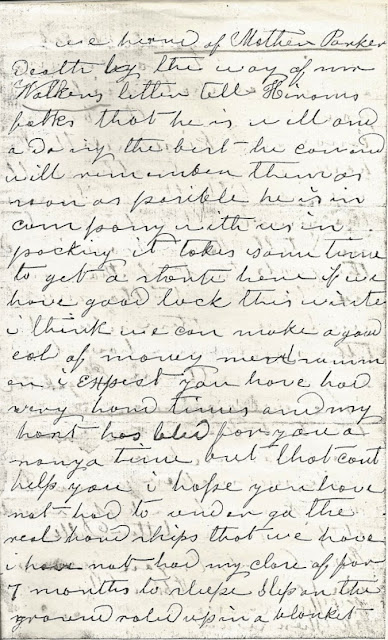 Notes:
Mother Parker was probably Lavina Farnsworth Parker, the wife of Oren Parker (died 1852).  She would have been Hiram's mother as well as the mother of Stephen's 2nd wife, Sophia Parker Sherwood.  Stephen says "Hirams folks" but both his parents would have been deceased.  Is this another Hiram?or is Stephen talking about other family members and referring to them as folks?  (see more on Hiram on page 1 of this letter).

Posted by the honeymoontrail.blogspot.com at 11:29 AM