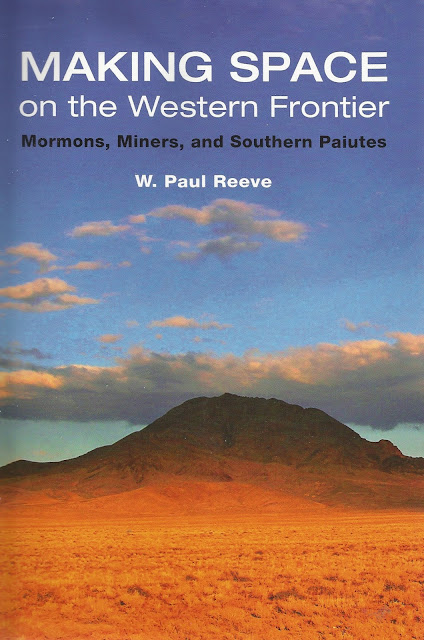 The month after writing his letter to Henry, Stephen Sherwood left Salt Lake City with the two Boxes, Shirts, and Vandermark.    On 17 March this party found Hamblin, Daniel C. Cill, and an Indian companion, likely Moroni, already at Meadow Valley in southern Utah working their earlier claims.  Sherwood explained miners' rules to Hamblin, who said he would agree to those laws if he and Cill could have their choice of ground, and if they would protect the rights of the Bunker expedition, an earlier party who had surveyed the area.  About twenty names were mentioned with claims.  On the 18 March 1864 a miner's meeting was held and the Meadow Valley Mining District organized.

In May of 1864 while Sherwood and his Company had gone back to Salt Lake City,  Erastus Snow, a Mormon leader,  organized a new mining district convinced by virtue of abandonment that the Sherwood group's claims were invalid.  Erastus Snow's group was later convinced that their district was illegal and that Sherwood was the legal recorder of the district, and they should file their claims with him.

Mormons and non-momons worked out their differences, but the Paiutes in June and July attempted to reassert control of the area.  In July of 1864 the miners moved to the new town at Panaca, established by the Mormons, where they huddled together for mutual defense.  Stephen may still have been here when he wrote his letter to Henry in February 1865.

There was little mining activity at Meadow Valley for nearly six years.  Sherwood and Vandermark spent time in Chicago and New York trying to seek investors to develop or buy their claims.  In 1869 Francois Louis Alfred Pioche and his partners organized the Meadow Valley Mining Company, capitalized at six million dollars.  At about the same time William Raymond and John Ely bought original title to claims from Hamblin, Pulsipher, and other early district organizers. Soon a town called Pioche after the principal investor was started.  By 1872, the mines at Pioche reached a production peak of nearly $5.5 million.

In 1873,  there was a court battle.  It was called "The Great Mining Suit" and lasted about a month.  It was between the Raymond and Ely Mining Company and the Hermes Mining Company.  The next post will discuss this trial.  Stephen Sherwood was one of the main witnesses.

A preview of the first 22 pages of Making Space on the Western Frontier  can be obtained by clicking on the link. Unfortunately the pages I have included in this blog are not in the preview.  However much of this information and additional history can be obtained by going to a thesis by John H Bourne:  Early Mining In southwestern Utah and Southeastern Nevada, 1864-1873: The Meadow Valley, Pahranagat, and Pioche Mining Rushes which is all available on the internet.

A brief history of Pioche can be found at .http://www.lincolncountynevada.com/Lincoln-County-Nevada-Pioche.html
Posted by the honeymoontrail.blogspot.com at 10:28 PM