My great grandfather Stephen Sherwood got even with me the day after my "Carpuss" (see below) post made light of his spelling and grammar.    That post was to be my last for the year until I received an early Christmas present.

This  gift wasn't one I asked for or ever expected, and yet  a more timely or appreciated gift couldn't  have come my way.  I'm up to 1863 in the letters and The Articles of Agreement were written in 1867.  It was as if Stephen wanted The Articles  to tie into the letters that would be posted shortly.  Allow me to explain.

I entered the phrase "Stephen Sherwood mining" in google books (try it by clicking google books, put in the phrase Stephen Sherwood mining, and then go down the page) and a book I hadn't seen before was on the screen,  Articles of Agreement of the Sherwood Silver Mining Company of Nevada. This fifteen page booklet had twenty-three articles of agreement, and the names of the officers, directors, trustees, and attorney of the Sherwood Silver Mining Company. Twenty-four investors were mentioned. Names are worth  more than silver to a  genealogist, and this certainly is a treasure I will be mining for a long time.  These  individuals  had put trust in Stephen Sherwood and his company.  A quick search through google books of  the investors revealed  some were men of influence in Chicago. Carter H Harrison became the Mayor of Chicago.  Yes, there are names to be mined.

So I must say that in his case spelling and grammar didn't mean much in the scheme of things.  It didn't really matter how he spelled Corpus.  Carpuss was just fine.  Everybody knew what he meant.  Stephen would get the final word.  He could say:  "You don't have to be a good speller to have your own company."

The recipient of a gift should always give sincere thanks to the giver.  It isn't exactly clear who I should thank, but let me start with three.  Without the google books search engine which found the document, and I might add the digitizing technology which copied it,  this document would never have been found. The John Crerar Library  had stored the book for nearly 150 years, and last but not least, I should thank John Crerar,  who left 2.6 million in his estate as an endowment for a free public library.


The bibliographic information said the book was digitized on February 24, 2012.    It was as if

was gift wrapped and placed under the tree in February to find and open just before Christmas.

When we do family history, we all have something that somebody else needs.  This post would not be complete if I did not SHOW my thanks.  I've started by posting the book on my blog.  I already recognize names in the Articles of Agreement.  The name Walker  was in a letter I posted, and Coe will be in a future one.  The Articles of Agreement will help build more history around the names in The Sherwood Letters.  Perhaps, even some of their descendants will find their names here.


I'm grateful  I can keep this gift and give it away at the same time.  It's a gift that keeps on giving.  Family history can do that.  This blog has been an attempt to start the process.


Thanks for allowing me to show you what I got for Christmas. 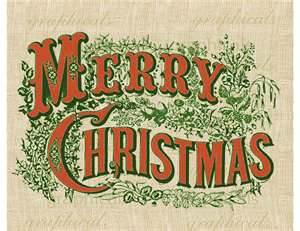 Posted by the honeymoontrail.blogspot.com at 6:00 AM