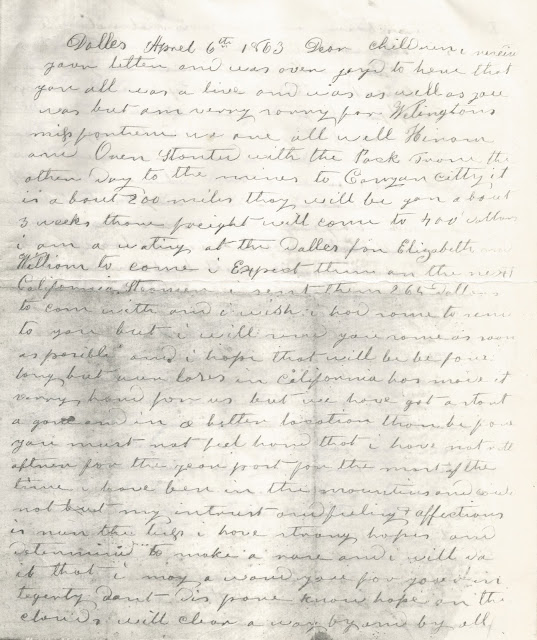 It has been interesting to find the history that is falling in place behind these letters.

"The discovery of gold at Canyon Creek on June 8, 1862, brought a rush of people and supplies into the  Upper John Day basin.  Within a year nearly 10,000 fortune hunters trekked to the gold fields from the nearest access and supply point-- The Dalles-- over a series of trails that became
"The Dalles to Canyon City Wagon Road." Canyon City was larger than Portland at the time. 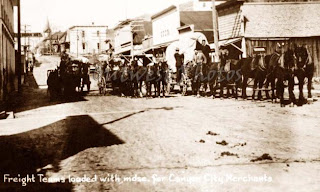 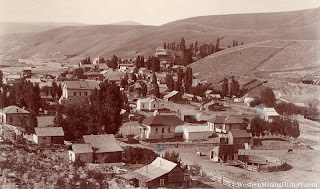 i sent them 265 Dollars to come with and  i wish i had some to send to you but i will send you some as soon as possible  and i hope that will be be four long but own loses in california has made it very hard for us but we have got a start a gain am in a better location than before   you must not feel down? that I have not written often for the year past for the most of the time and have ben in the mountains and could? not  but my interest and feeling and affections   i miss the kids?   i have strong hopes and Determined to  make a move  and i will do it that I may a ward you for your Integrity  Don't dis pair  know hope on  the cloud?, will clear a way by and by all

Note:
Is Sephen telling his children not to despair but to have hope because even though it is cloudy, they will clear eventually ?).  He always has a message of hope in his letters. (go to page 2)

Posted by the honeymoontrail.blogspot.com at 4:00 AM