In this part of the letter, I want to show an interesting side of Stephen Sherwood even if he isn't around to defend himself.  Let me explain. 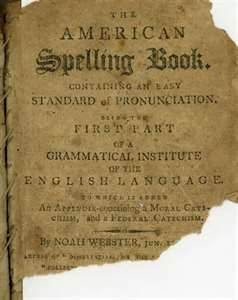 Stephen Sherwood, my gg grandfather,  was a very talented blacksmith and miner.  Actually I believe he was more of an engineer though not formally trained in that field, and had business skills as well.  The reader of this blog will later find that he was the Recorder for a mining district in Nevada, and owned a mine in California.

If you have read from the actual letters I have been posting on this blog,  it soon became evident, the one thing Stephen didn't do well was spell. Our ancestors weren't perfect and we can certainly overlook some of their faults.

I came across the following sentence in the letter below, "WE WILL GO TO CARPUSS IN TEXAS WHERE THE WINTERS IS NO WINTER A TOLL AND A BETTER COUNTRY THAN ILLINOIS EVER WAS." (sometimes his grammar was a little shaky as well).

Does  anybody know where "Carpuss inTexas" is?  I didn't either.  I had to sleep on that one.  The next morning I realized where it was.   I'm just grateful I have these letters of Stephen so I can get to know him better, and even tease him a little.  After all, in  addition to his grammar and spelling, he makes me work to understand his writing.  AFTER you read the rest of this blog scroll down to see the answer, if you haven't already figured out where "Carpuss in Texas" is.


"We will go to Carpuss in Texas where the winters is no winters a toll and a better country than Illinois ever was." (Start with the fourth line from the bottom of the actual letter if you want to read this sentence). 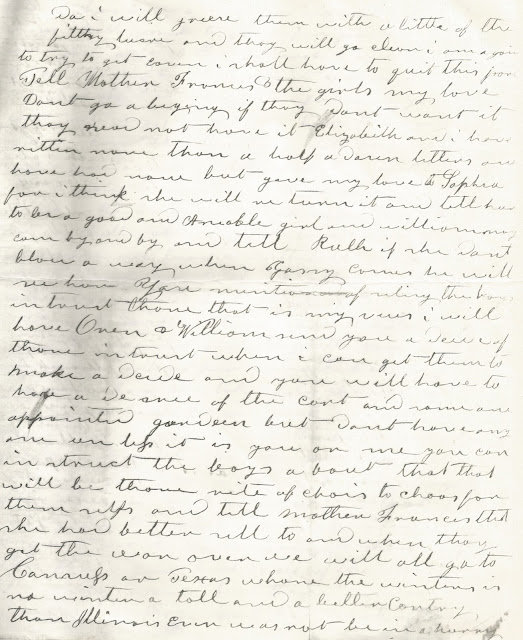 (continuing with the letter from the top)
__i will greese?? them with a little of the filthy lucre?? and they will go clean??  i am a going to try to get Eaven??  i shall have to quit this part     Tell Mother Francis & the girls my love   Dont go a beging if they Don't want it  they__ar ?? not have it  Elizabeth and i have written more than a half a dazen letters and  have had none   but give my love to Sophia for i think she will re turn it  and tell her to be a good and A noble girl and William may come by and by and tell Ruth if she Dont blow a way when Garry comes he will see her?  You mentioned?? of riting?? the boys (in trust those) that is my ___  i will have Oren and William send you a Deed of (those in trust)  when i can get them to make a deal? and you will have to have a  De __ of the cort and same one appointed guardian but Don't have any one un less  it is you on use  you can instruct the boys a bout that that will be  their rite of choice to choose for them selfs and tell mother Francis that she had better sell? too and when the war is over

Ruth and Sophia were Ruth (Denick born 1839) and Sophia (Denick born 1844).  They were the daughters of Laura Denick Francis,    from  Laura's first marriage to Valentine Denick.  Stephen's wife Elizabeth Denick was their older sister.  Their other sister, Sarah, had married, Stephen's son, Henry Sherwood who had received this letter from his father Stephen Sherwood.  It appears Stephen was hinting that his son William might "come by and by" for Sophia Denick.  Sophia was born the same year as William  If that had been the case two of Stephen Sherwoods' sons would have married Denicks, as well as their father who was married to their sister Elizabeth.

Please post in comments below where you think Stephen Sherwood will be February 18, 1864 when he writes his next letter to his family. Take a wild guess. You may be right.

Geneabloggers
Posted by the honeymoontrail.blogspot.com at 3:00 AM