Dear Henry, it is with with greaf i rite you and with pleasure to    it is a pleasure to hear that so many of you are well but a greaf to hear of Dans Death    but it is what i looked for every letter i received till i got the news     you all complane of getting letters so infrequent you dont seem to think that i am a hundred miles from a post office and some of the time out of paper and stamps for i answer all the letters i receive and some i never have received a letter from and i dont complane a bout it for i supose it is thare wish to not rite to me   you was a frade that i would knock 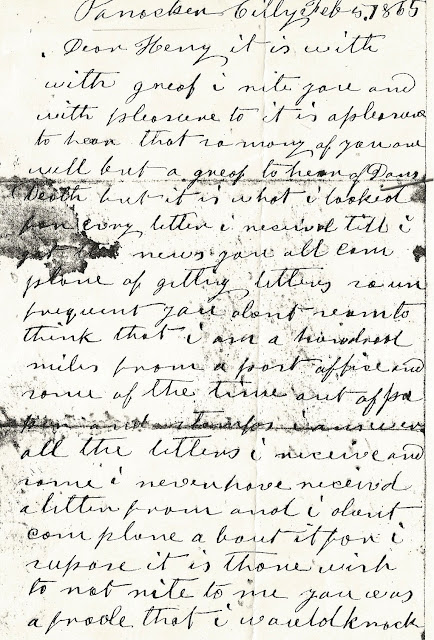 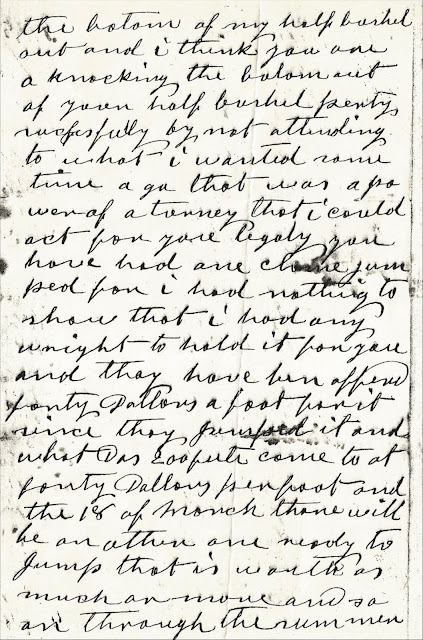 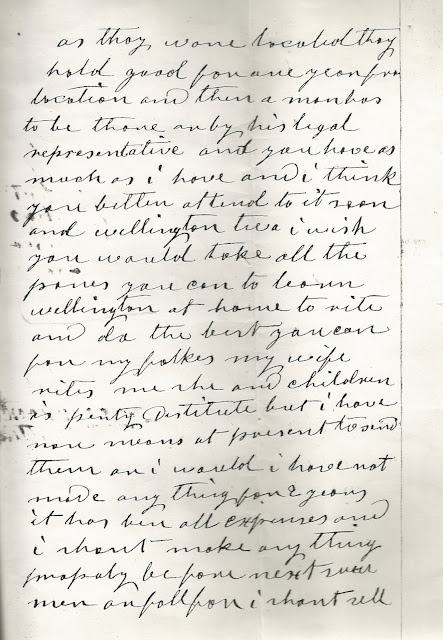 four ten cts on the Dollar    i want to get my business in shape so i can come home e (arly?)  next fall  if it is possible i am a  going to start to the Colorado River to mor ow morning a prospecting that country there has ben some very rich discoverys made lattty by many of the latter Day saints and i want to come in __ to ___ for i am on it ??     you spoke in your last letter of bying a farm  i want you to investagte the matter well be fore you by at the present prises  when the war closes you will see hard times and more taxes?  than any farm  can pay but Do as you pleas 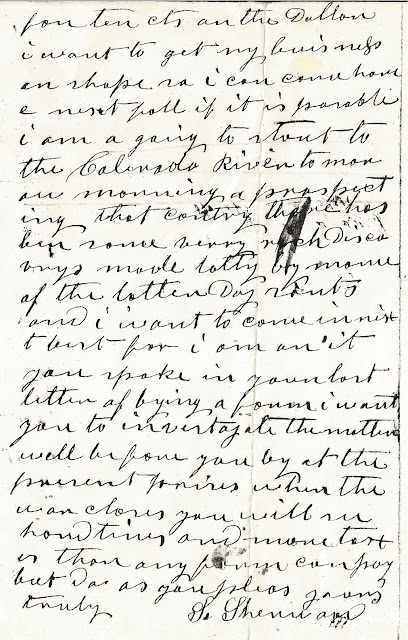 Future posts will:
Stephen wrote that He was going prospecting at the Colorado River tomorrow (February 6, 1865)   In March 1865, a mixed group did leave for the Colorado River.  Some of the friends of Stephen Sherwood were in the party (Samuel S Shutt, William McCluskey, and David Sanderson), but Stephen Sherwood is not listed with them.  Also listed were Thomas C. W. Sale, Territorial Indian agent, John H Ely, and Ira Hatch, a Mormon, who was the group's Indian interpreter (Making Space on the Western Frontier by W. Paul Reeve, pg. 38)


Posted by the honeymoontrail.blogspot.com at 9:34 PM